Snorre Kjesbu is Senior Vice President & General Manager of Webex Devices at Cisco. He is a global citizen leading a worldwide organization responsible for the collaboration devices business ranging from IP phones to immersive video systems. Snorre’s passion for design with over 20 years of engineering experience are at the core of his belief in always providing authentic user experiences.

Prior to his return to Cisco, Snorre was Executive VP of Design, Creation and Fulfillment at BANG & OLUFSEN in Copenhagen. His résumé also includes SVP at Tandberg and being responsible for R&D on wireless communication at ABB. He and his team at ABB were awarded the Wall Street Journal Innovation award for their work on wireless sensors in 2002.

Snorre holds a Master of Science from the University of Bristol and has been a guest lecturer at the Stanford Network Research Center in Stanford University. He has obtained more than 20 patents in the areas of communications and video conferencing and is on the board of directors for several IT companies. When not working, Snorre can likely be seen on a pair of skis – whether on snow or water. 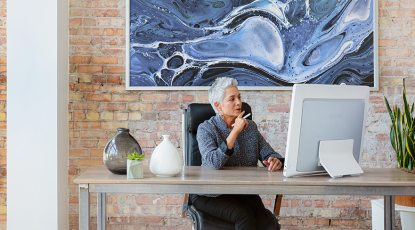